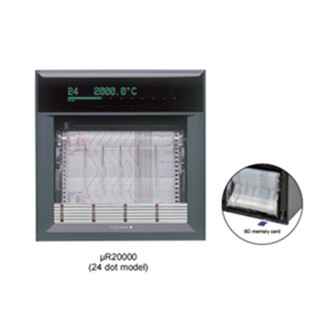 description:The µR20000 is a compact recorder with a recording width of 180mm. ...
Inquiry
BASIC INFO 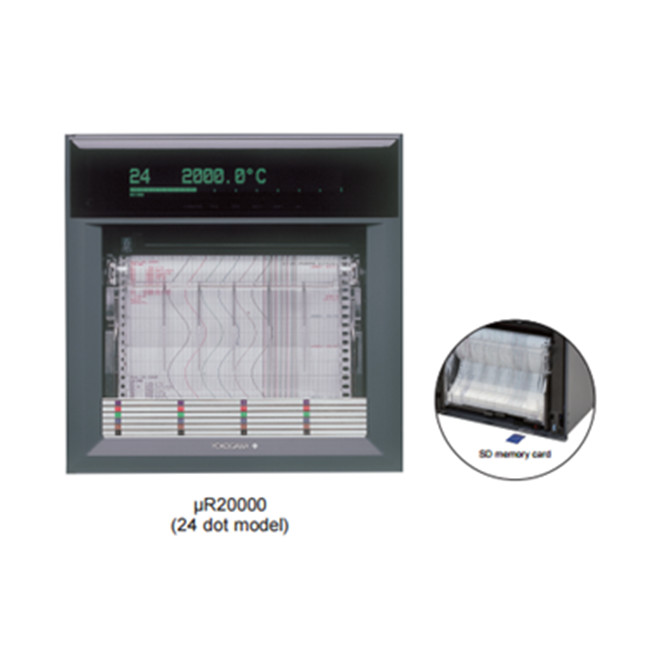 The µR20000 is a compact recorder with a recording width of 180mm. The model family consists of 1, 2, 3, 4 pen and a 6,12,18, 24 dot models. Pen model realizes continuous recording for each channel, whereas the dot model realizes a high speed of 6 dot / 10 sec, 12 dot / 15 sec, 18 dot / 20 sec, 24 dot / 30 sec. The input is universal input. High reliability is realized by contact-free technology, such as high withstand voltage semiconductor relays, and pen servo unit using an ultra-small stepping motor. The versatile display such as multi-channel digital display, bar graph display, flag display, DI/DO status display, and date/time display are provided with 181 × 16 VFD dot display.

On models with the SD memory card (/EM1) option, measured data can be saved to an SD memory card while recording on chart paper. Further, on dot models, saved data can be replayed on chart paper. The µR20000 can be used as a monitoring device and as a quality control instrument in many applications (such as process temperature monitoring, pollution, construction, furnaces, field of medical diagnosis, field of refrigerating, etc.).

The measuring accuracies noted in the general specifications have a margin of error that takes into account the product’s components and the equipment used for adjustment and testing. However, the actual values calculated from the accuracy testing data upon shipment of the instrument from the factory are as follows.