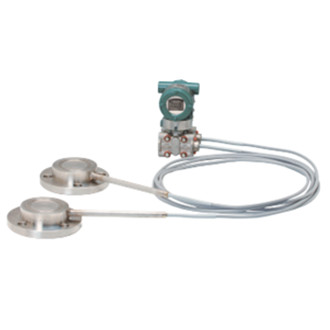 Diaphragm seals are used to prevent process medium form entering directly into the pressure-sensing assembly of the differential pressure transmitter, they are connected to the transmitter using capillaries filled with fill fluid. EJX118A Diaphragm Sealed Differential Pressure Transmitters can be used to measure liquid, gas, or steam flow, as well as liquid level, density, and pressure. EJX118A outputs a 4 to 20 mA DC signal corresponding to the measured differential pressure. Its highly accurate and stable sensor can also measure the static pressure which can be shown on the integral indicator or remotely monitored via BRAIN or HART communications. Other key features include quick response, remote set-up using communications, and diagnostics and optional status output for pressure high/low alarm. The multi-sensing technology provides the advanced diagnostic function to detect such abnormality as an impulse line blockage. FOUNDATION Fieldbus and PROFIBUS PA protocol types are also available. All EJX series models in their standard configuration, with the exception of the Fieldbus and PROFIBUS types, are certified by TÜV as complying with SIL 2 for safety requirement.

The EJX118A is the Differential Pressure Transmitter with Remote Diaphragm Seals in the series. 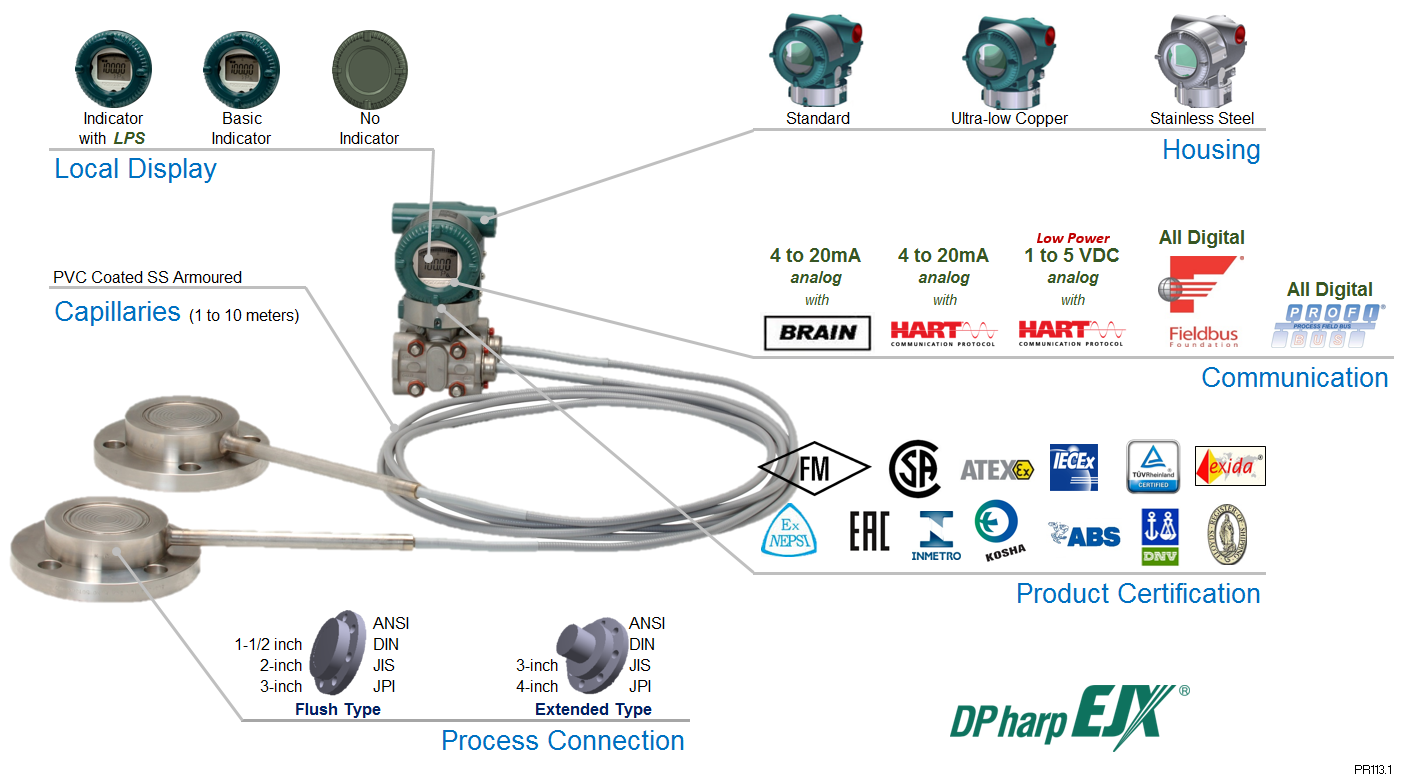 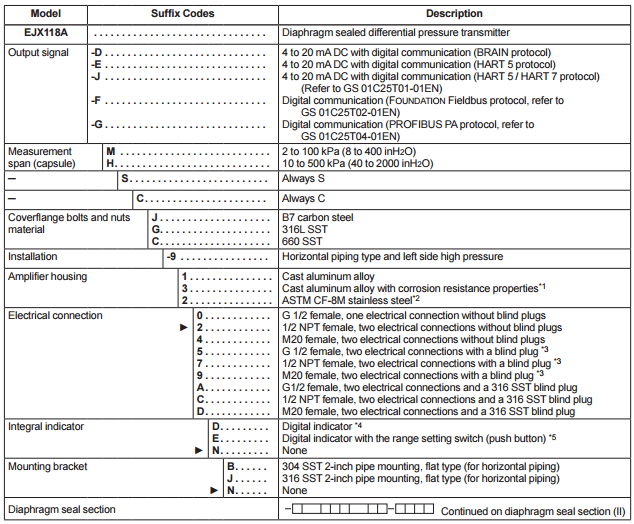