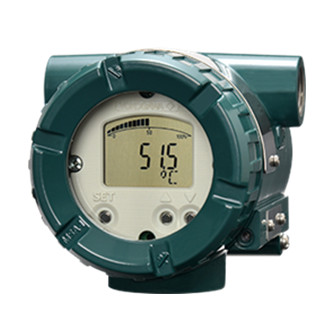 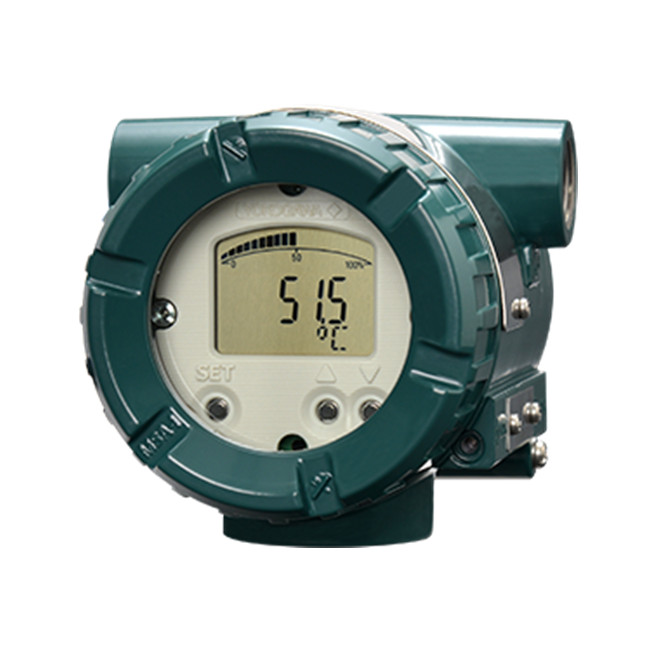 The YTA710 provides high accuracy, stability, and reliability. The housing structure adopts reliable dual-compartment structure. The sensor input can be choice of single or dual inputs. This input can accept the RTD, thermocouple, ohm, or DC millivolt. It converts the sensor input to a 4 to 20mA DC analog signal or Fieldbus digital signal. HART® 7 Protocol or FOUNDATION™ Fieldbus ITK 6 version are available. The dual input can accept two sensors calculation of the differential or average value and the sensor backup function. Sensor backup functions for automatically switches-over from the primary to the backup upon sensor failure. By adoption of local parameter switch on the Indicator, it becomes easy to do the on-site setting work.

The YTA710 is the highly accurate temperature transmitter that accepts Thermocouple, RTD, ohms or DC millivolts inputs and converts it to a 4 to 20 mA DC or Fieldbus signal for transmission.
The YTA710 supports HART® and FOUNDATION fieldbusTM communication protocols.
HART types are certified as complying with SIL 2 for safety requirement.

The YTA710 in capable of dual sensor input. With the processing capability of the transmitter, this dual input can be used to provide Failed Sensor Backup, Temperature Averaging, or Differential Temperature measurement.

The Yokogawa YTA710 uses the IEC60751 standard to define the relationship between resistance and temperature for RTD sensors. This relationship is referred to as a Standard Curve. Sensor manufacturers use this same standard, but, because of construction process, each sensor has a unique temperature / resistance relationship. This is referred to as the Real RTD Curve. (The Real RTD Curve falls within the tolerance band of IEC60751 standard) In the 1920's, Hugh Longbourne Callendar and M.S. Van Dusen developed a set of coefficients that would modify the Standard Curve to match the Real RTD Curve; thus, removing the error generated by the difference between the two curves. Yokogawa's YTA710 with the CM1 option can accept these coefficients to adjust the Standard Curve to match the Real RTD Curve of the sensor; eliminating this error improves the accuracy of the YTA710 / Sensor system.